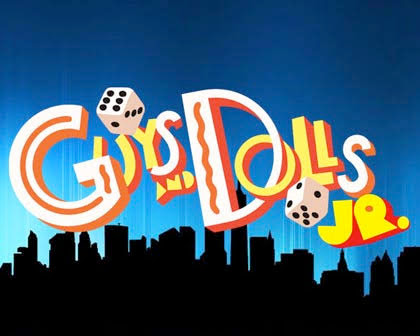 Auditions are February 1-4  after school from 2:00-5:00. Students should sign up for ONE audition day and are expected to be at the audition the entire time. Callback auditions will be held February 5 from 2:00-5:30.

Students must prepare 30-60 seconds of an upbeat musical theatre song to perform at auditions.  This should be fully rehearsed and memorized, and students must bring a digital copy of a background instrumental track to sing with. NO A CAPELLA SINGING. At auditions students will perform their prepared song, read scenes from the show (given at auditions) and learn/perform a short dance combination.

Callbacks for certain roles will be February 5.  Students and parents who are called back will be notified the evening  of February 4 and those students are expected to attend the full callback from 2:00-5:30. If a student is not on the call back list that does not mean they haven’t been cast, it just means they may be cast in a different role.

Students who audition are saying that (if they are cast) they are willing to commit to being a part of the show, regardless of the role they may get. This includes all required rehearsals and performances. Detailed rehearsal calendars will be given to the cast before the first rehearsal.

Sign up and fill out the Audition Form and we will see you on your scheduled day!  Contact Mr. Langlois with questions. jlanglois@alpinedistrict.org